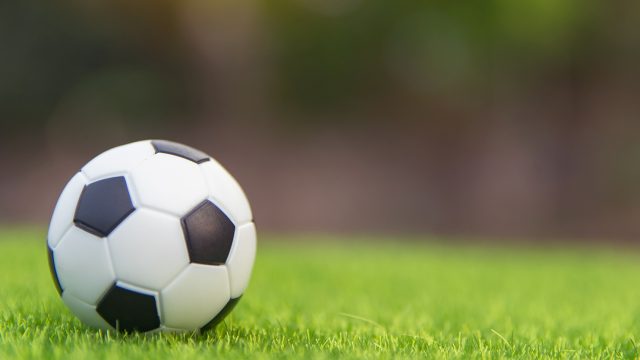 Here at Found we’re always on the lookout for industry developments, eye catching news and brilliant content. One brand that recently caught our eye is Paddy Power. You might think the answer to the title is somewhat confusing… In order to make sense of it, we need to go back to 1976.

In 1976 Kettering Town FC were the first English club to wear a jersey with a front of shirt sponsor. They chose local business ‘Kettering Tyres’ as their partner for a humble ‘four figure sum’.But the FA were unamused by this and threatened them with a £1,000 fine and, funnily enough, they failed to attract another sponsor the year after. Enviously looking on, Liverpool were the first top flight team to place a brand on their shirt. ‘Hitatchi’ came on board in 1977 (the year Liverpool won the European Cup) and then the whole of Europe soon followed suit.

You can bet that the Ketting Tyres deal was a drop in the ocean compared to Manchester United’s current £47m per year deal with Chevrolet.

At the start of the 2017/2018 Premier League season we were introduced to sleeve sponsors for the first time. This was a huge change and everyone wanted to cash in. Brands ranging from Western Union (Liverpool), Nexen Tyres (Man City), Angry Birds (Everton), JD Sports (Cardiff and Brighton), Virgin Media (Southampton) and many more got involved. But the regular football fans felt as if this was too much and just another way for brands to advertise to an already money hungry industry.

Fast forward to now, in the 2019/2020 season. We’re expecting even more brands to take advantage of shirt sponsorship. Man City, for example, already have Puma, (shirt manufacturer), Etihad (front of shirt sponsor), Nexen tyres (sleeve sponsor) as visible partners but are taking it a step further this year by trailing a back of shirt sponsor (above the players’ name) with their global tablet partner, ‘Tecno’.

Is this too much? Or is it just simply the world we’re living in now?

A company who is campaigning to abolish the madness is Paddy Power. Known for their outrageous stunts, they ‘trolled’ the industry by photoshopping a huge ‘PADDY POWER’ hen-do like sash across the new Huddersfield Town shirt. Former Crystal Palace chairman Simon Jordan claimed it was ‘a genius piece of marketing’. The FA got in touch to raise their concerns only to be told it was a prank all along. The betting shop engineered the stunt as part of its ‘Save Our Shirt’ campaign, where it is calling on brands to stop sponsoring “sacred” football shirts – including competitors from their own industry (Half of Premier League teams are now sponsored by gambling firms). As a result, Paddy Power will “unsponsor” the team and relinquish its space on the front of the Huddersfield Town shirt, and is encouraging others to do the same. The actual Huddersfield kit, was revealed last week and features no sponsorship at all – Paddy Power say it’s their way of ‘giving back’ to fans.

You can watch the hilarious spoof advert here.

So what is the future? As a fan, would you want your team to fill up their shirt space with more and more brands, just like F1 jerseys? (At least it would go some way in helping to pay for your latest 20 goal a season striker )Or would you like to see your team become ‘unsponsored’ and bring back the designs of the early 70’s? TALKsport have ‘unbranded’ every Premier League teams’ jerseys for you to get an idea of where we may be heading…or may not be heading. Whatever happens, marketers take note – Paddy Power have hit the back of the net with this prank, once again generating a fantastic buzz about their brand.

Trying to work out what sort of influencer is right for something you’re looking to promote can be really tricky. We recently published a free e-book to help with exactly that – check out How To Find The Perfect Micro Influencer now!

The post Are we heading towards sponsorless football shirts? appeared first on FOUND.

Use of Shopify exchange in selling your Dropshipping store

Instagram rolls out international ‘hide likes’ trial – but what does this mean for marketers?